What’s The Best Motorcycle Helmet Camera? 5 Options That Will Blow Your Socks Off! 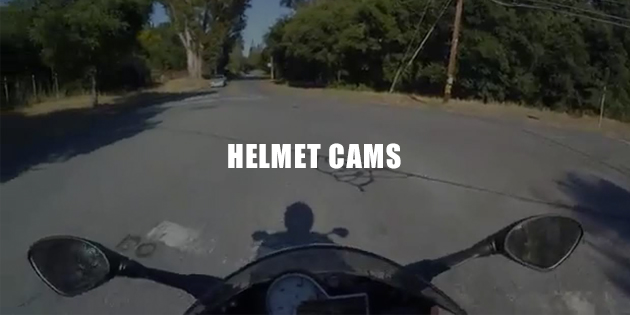 In search of the perfect helmet camera?

In this article, we’ll be going over 5 cameras perfect for your next motorcycle journey.

The GoPro HERO makes it easy to capture, and share your rides with family and friends with the GoPro app. This rugged camera has a well-deserved reputation as being one of the best helmet cameras around, and depending on the memory capacity installed, it can continuously record 1080p30 / 720p60 video for up to 140 minutes.

The GoPro is also fitted with audio recording capability, so you can record a running commentary on the sights you encounter while exploring the back country.  This camera is built into a sturdy housing that makes it water-, and dust proof while eliminating vibrations. With the HERO 4 Silver helmet camera, you can capture your rides with high-definition, 1080p60, /720p120 video, as well as ultra-lifelike 12 megapixels-still pictures at up to 30 frames per second. Play back is equally easy via the tap and swipe screen.

A notable feature of this camera is that allows the user to create short “highlight” video clips on the camera, without the need to download the video onto another device.

This makes it easy to share content on the go, but also to “bookmark” key moments via the HiLight Tag feature, which makes finding memorable moments  a breeze later on.

What’s in the box?

This camera is the perfect marriage between high-performance video imaging and ease-of use, with the added advantage of a touch screen.

Camera features built-in Wi-Fi and Bluetooth capabilities, both of which support the GoPro App and the Smart Remote, which takes the hassle out of sharing content while on the go.

Capture your world with HERO4 Silver, the high-performance GoPro with a built-in touch display. Controlling the camera, framing shots and playing back content is ultra convenient—just view, tap and swipe the screen.

Built-in video trimming lets you create and save short highlight clips for easy sharing. HiLight Tag enables you to mark key moments to make them easier to find later. Waterproof to 131’ (40m), HERO4 Silver combines versatility and high-performance capture with the convenience of a touch display. With this pocket camera, you are ready for anything; mount it on your helmet while riding, mount it on your dash as a dash cam, or even take it along when next you go diving or snorkelling.

The combination of these class leading technologies, and other such as image stabilization, noise/blur reduction, and motion compensation,  gives you clear, crisp high resolution images in all 11 video modes, and four photo modes- even in low light conditions.

Moreover, the built-in Wi-Fi and Bluetooth capabilities are optimized for the US network, environment and household current. Consisting of two parts, a control module and the camera itself, the Panasonic HX-A500E-D is said to be the world’s first true, wearable HD camcorder.

The camera attaches to a headset at about eye level, meaning that it sees everything the wearer sees. Data is transmitted to the control unit via a 70cm-long USB cable.

The control unit is meant to be worn on a supplied armband, and the headset, which is fully adjustable seems sturdy, and solid enough to prevent the camera shaking about too much when engaging in strenuous activities such as mountain biking, but it is recommended that the camera be mounted in a special bracket that bolts on the handle bars of bikes or motorcycles.

However, the 160-degree wide angle setting results in severe barrel distortion, although all movement captures in whatever setting is smooth, and free of any jerkiness. Video is recorded in MOV format, but output is in high definition HDMI. External video storage is supported with Micro SD cards up to 32 GB, and video encryption s enabled.

Recording time is about 70 minutes at 1080P, with several video recording formats such as 1080P/720P, and WVGA also available. The camera is equally at home in bright sunlight and low-light conditions, such as where it is used for domestic security surveillance applications.

One notable feature of this camera is the many supported languages, among which is English (default), Russian, German, French, and even Chinese- in both Simplified and Traditional versions.

If so, please share this on social media. It helps out tremendously.

Our Journey to Finding the Best Commuter Bikes: An Overview

What’s The Best 150cc Scooter: A Beginner’s Guide To Finding The Perfect Scooter

[Guide] Finding The Best Motorcycle Battery Charger For Your Bike

Finding The Best Scooter For Adults: Our Recommendations